Imagine a room whose floor is made up of planks of wood. The planks have uniform width, \(h\), and are parallel to one another. A needle, length \(b\) \((b < h)\), is thrown into the air. What is the probability, \(\mathbf{P}\), that the needle intersects one of the joints between the planks? This question was first asked by Georges Louis Leclerc, Comte de Buffon (1777). 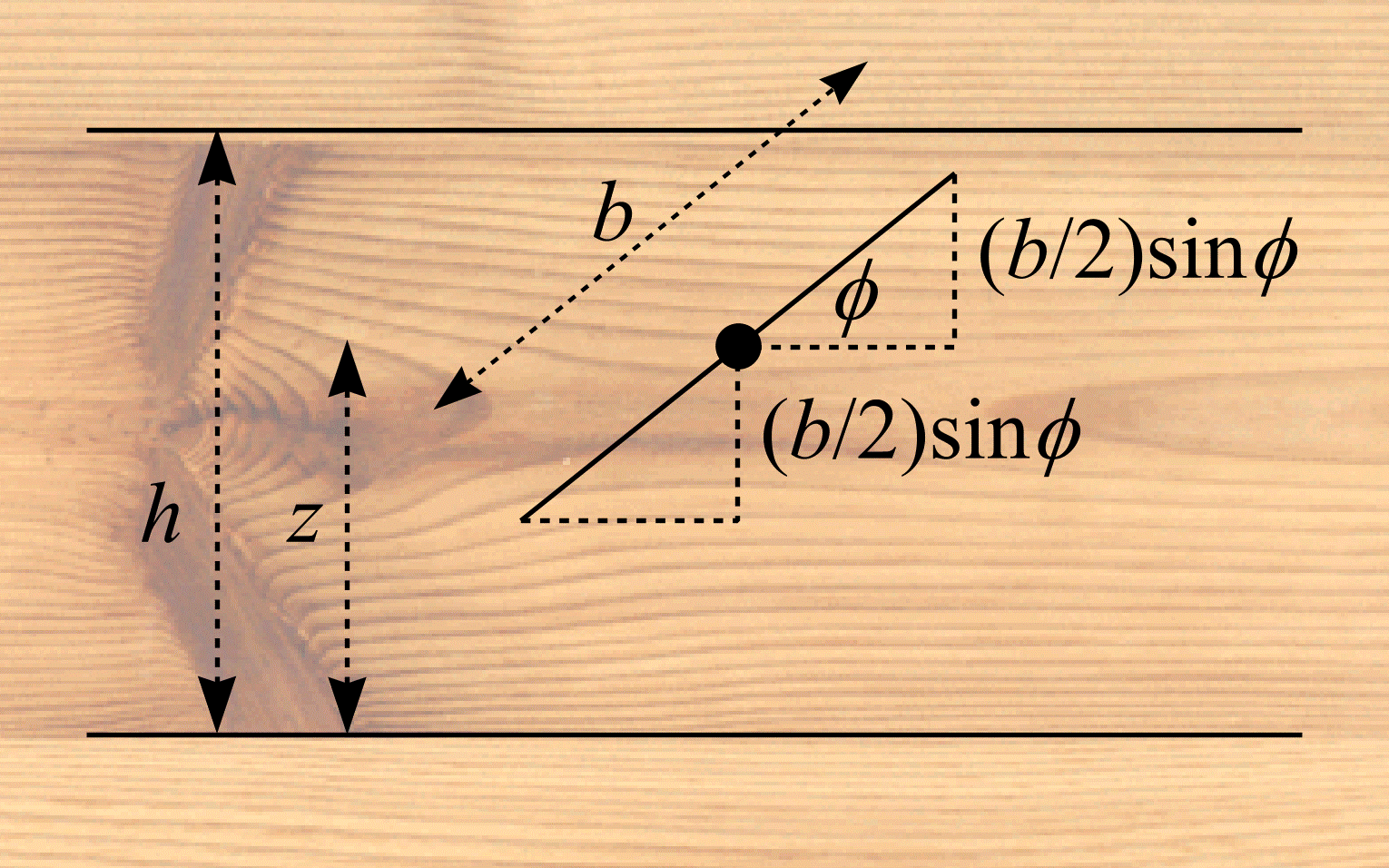 Suppose the needle is thrown and lands on the floor. The needle intersects a joint with probability \(2b/\pi h\) and falls between joints with probability \(1 - 2b/\pi h\). Consider the discrete random variable \(I\) that maps the outcomes needle intersects a joint and needle falls between joints to the real numbers 1 and 0, respectively. According to (2), \(I\) has expected value \(\mathbf{E}I = 2b/\pi h\) and therefore

An estimate of \(b\) can be obtained from a single throw of the needle: