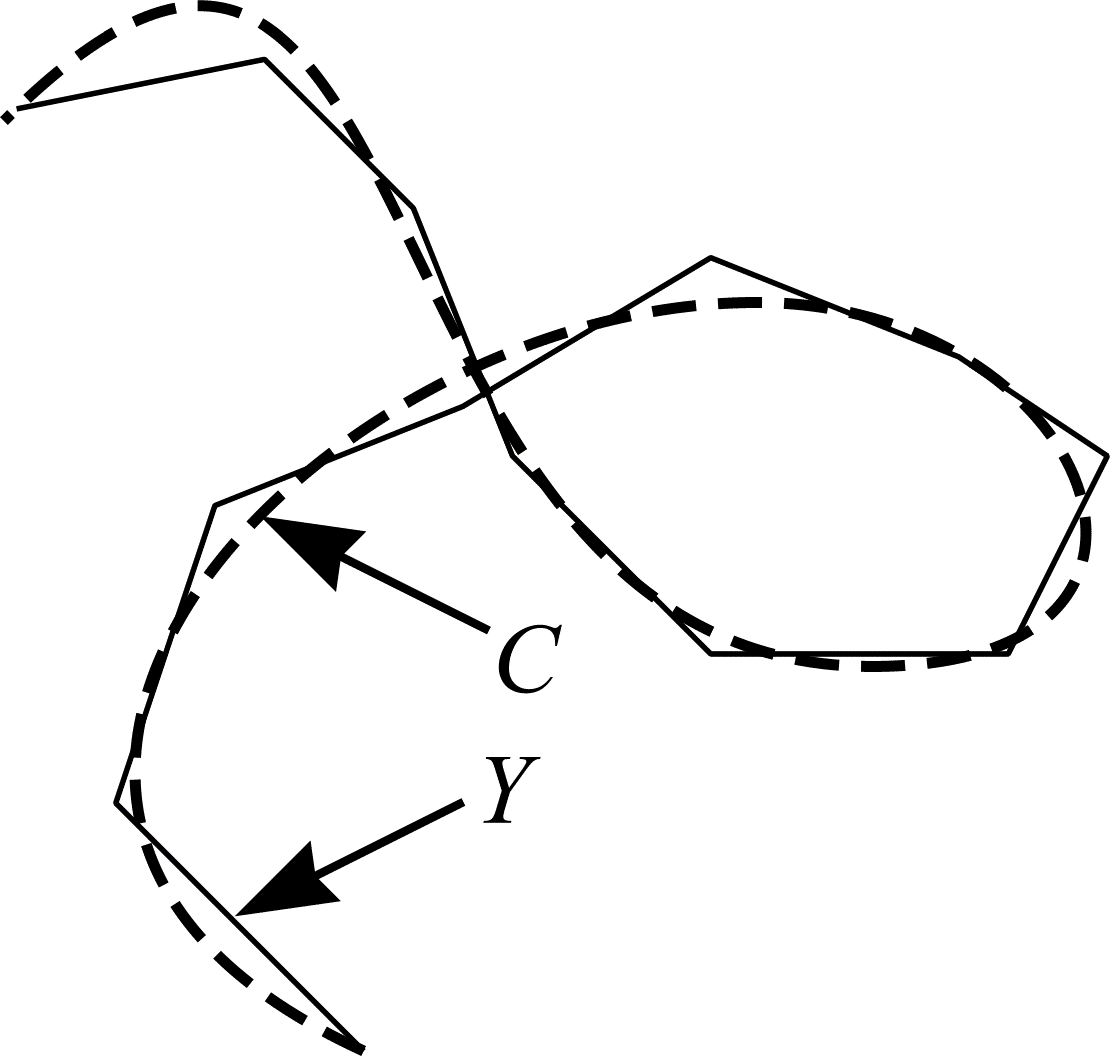 Consider again the array of joints onto which \(Y\) is randomly thrown. The joints can be thought of as an unbounded, systematic set of parallel test lines a distance \(h\) apart. As such, the average length of test line likely to fall within a certain area can be calculated. Figure 12(a) shows a length of test line, \(L\), and the area it occupies. The test system of lines has length per unit area \(L/A = L/Lh = 1/h\). Next, substitute \(h = A/L\) into (34). The result is a well-known formula originally due to Steinhaus (1930):

One way of determining a test system's length per unit area, \(L/A\), is by tiling the plane \((\real^{2})\) with fundamental tile, \(J_{0}\), of known area \(A\) where the mean length of test curve falling within each tile is \(L\). The test line elements of the test systems described in Figure 12 may be rearranged into any arbitrary curve shape whose mean length per unit area, \(L/A\), is known. This is because an IUR test line element is invariant under arbitrary translations and rotations. Therefore, the test system of rolling circles, shown in Figure 13, may be used in place of either of the test systems shown in Figure 12 to estimate curve length in \(\real^{2}\). 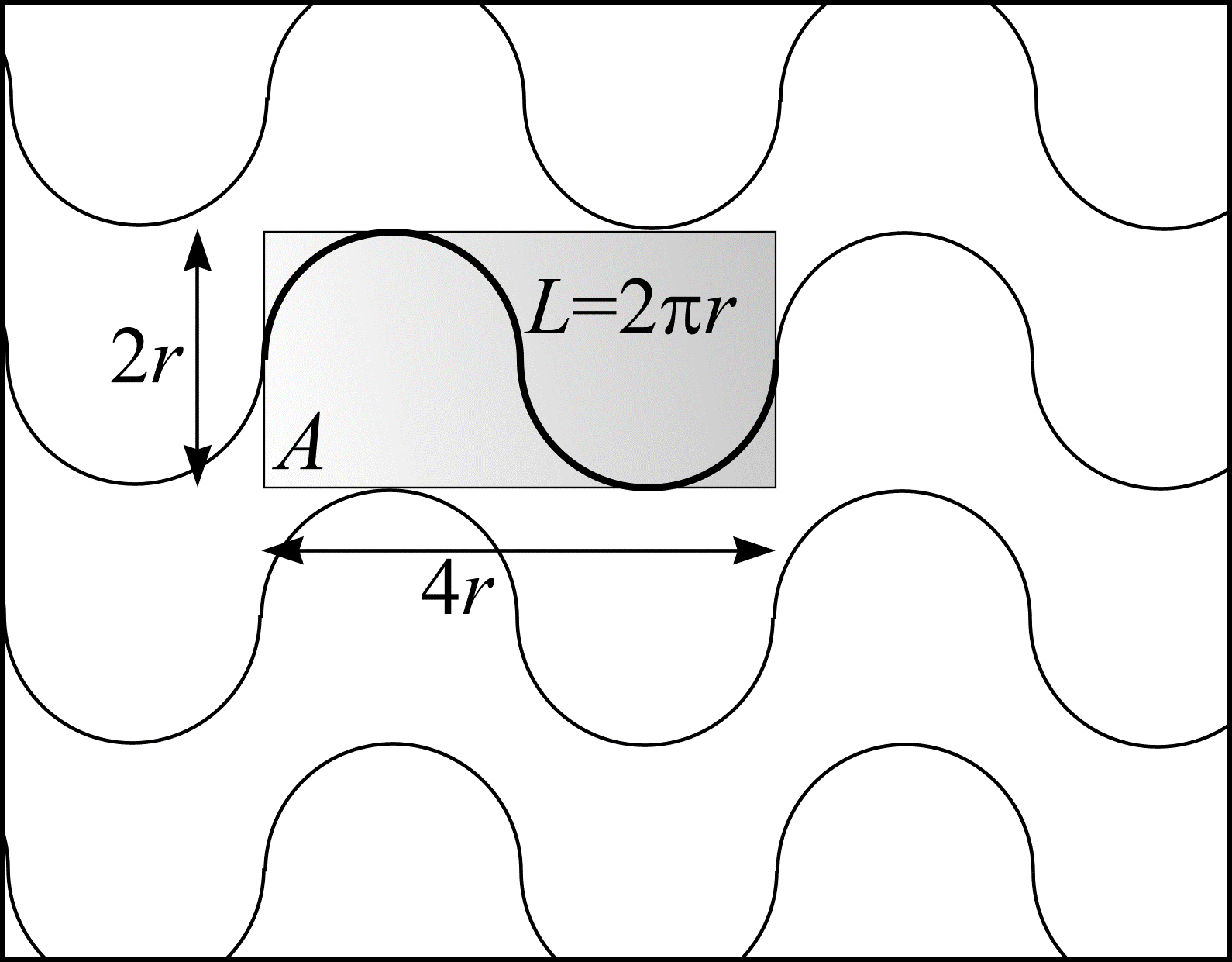