In the case where several series of vertical sections, separated by a distance \(T\), sample the object of interest \(M\) from one end to the other (i.e. exhaustively), reference volume can be determined from the same images as provide the estimate of surface density. If the Cavalieri estimate of volume (29) is substituted into (45), an equation determining surface area directly by intersection counting is obtained: 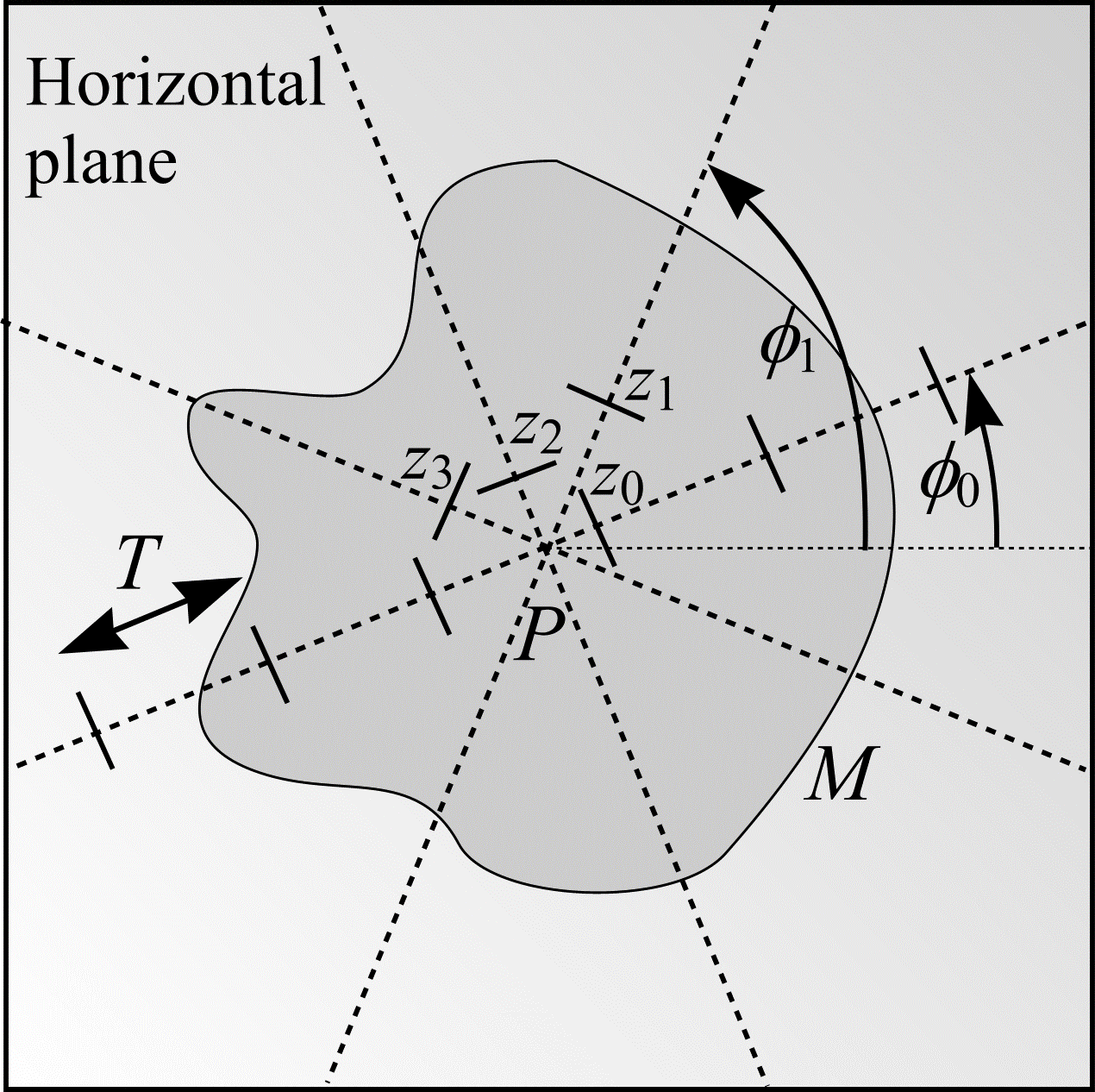 Figure 22: Illustration of a method for obtaining exhaustive vertical sections through a bounded object, \(M\). The view is from above \(M\), looking down on the horizontal plane. In this example, the number of series of vertical sections, \(n\), is 4.

Each series of vertical sections through \(M\), with UR test systems of rolling cycloids overlain, contributes an estimate of surface area, \(S_{i}\), according to (49). A final estimate of object surface area, \(S\), is calculated from the mean of the surface area estimates obtained from each series so that \(S = (S_{0} + ... + S_{n})/n\). This result was first recognised by Michel and Cruz-Orive (1988).