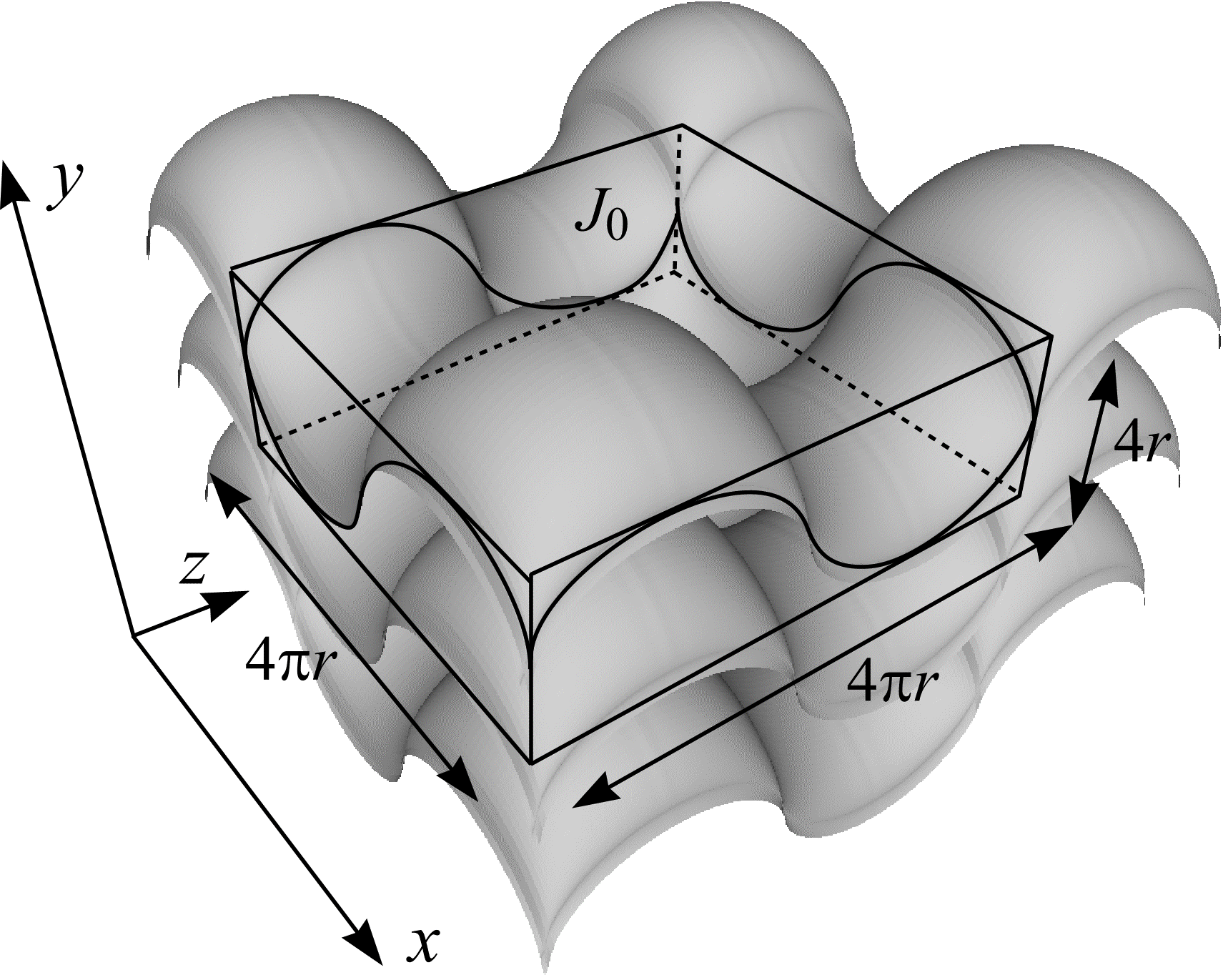 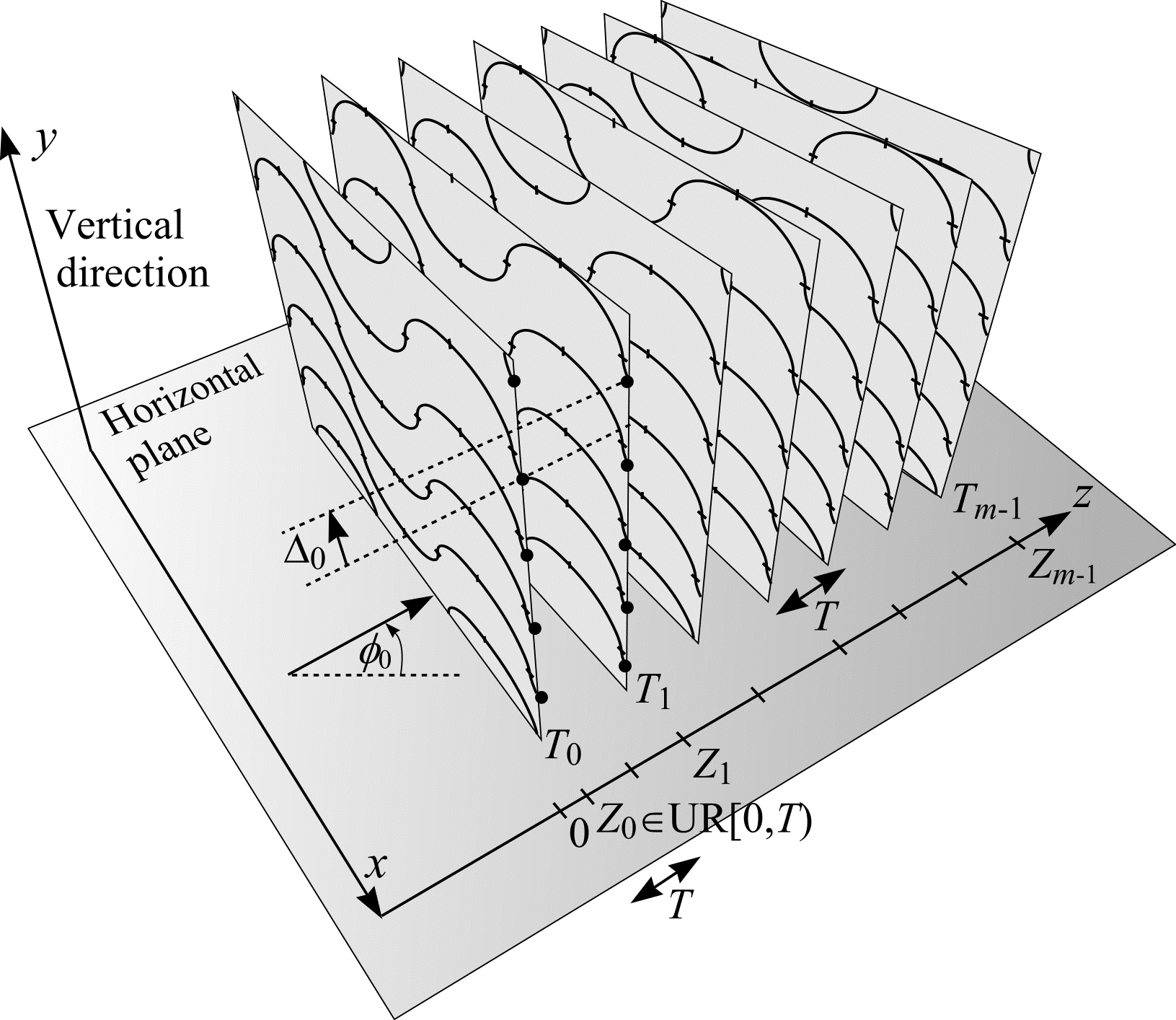 Figure 24: An observation series of \(m\) parallel vertical sections. The object of interest \(M\), through which the series cuts, is omitted for clarity. 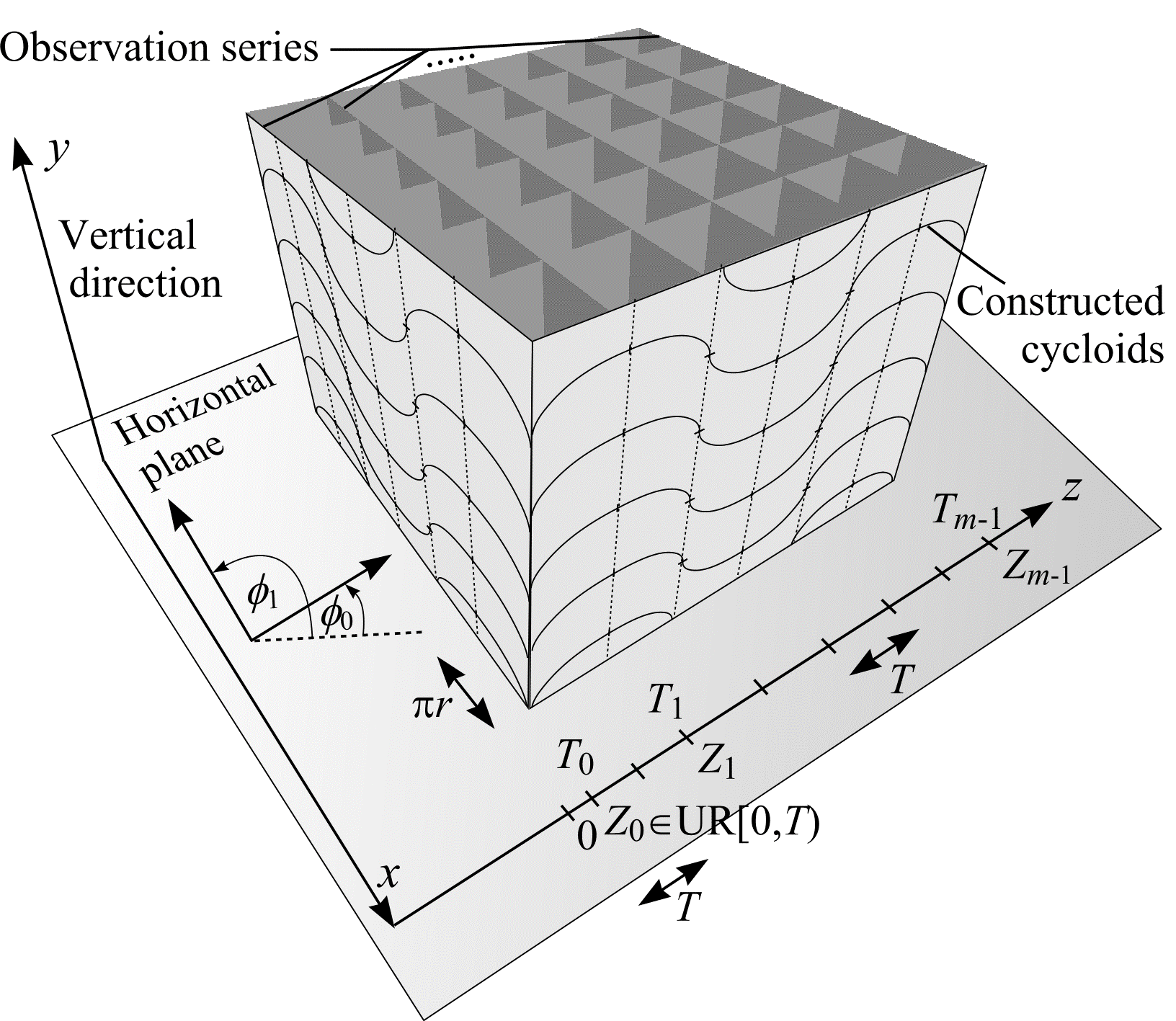 If a test point is highlighted on \(T_0\) and switched off on \(T_1\), then a constructed rolling cycloid has traversed the boundary of \(M\) (moving from the inside to the outside of \(M\)). For every inside-outside intersection, there must be a corresponding outside-inside intersection. Therefore, the total number of intersections, \(I_1\), between the boundary of \(M\) on the new series of sections and the constructed rolling cycloids is

Equation (50) cannot be used directly to calculate the surface area of \(M\) when the VSG is employed. The extra constraints imposed on the positioning of the rolling cycloid test systems mean a new equation must be formulated. This is achieved by referring back to (45). If the boundary of \(M\) is intersected with an unbounded VSG then

The rolling cycloids that comprise the VSG have test area per test point, \(a/p = \pi r \cdot 4r = 4 \pi r^2\) and test length per test point, \(l/p = 4r\). When these values are substituted into (51), Cruz-Orive and Howard's result for estimating surface area using the VSG is obtained:

Implementing the VSG is not straightforward. Some guidelines are stated here. Care should be taken to avoid periodicity between the step length \(T\) and the horizontal width of a cycloid, \(\pi r\), as this causes unwanted repetitions of the vertical shifts \(\Delta_i\) and decreases precision. Large values of \(T\) are also discouraged as this causes constructed cycloids (shown in Figure 27) to be poorly approximated and thus intersections contributing to \(I_1\) may be omitted.

Another issue is oversampling on either the observation series or the constructed series. This will occur if either VSG component (observed or constructed) has significantly greater length per unit volume (\(L/V\)) than the other. Figure 26 illustrates a VSG that has \(L/V\) identical for both components. The observation and constructed series intersect each other in a square lattice. Unfortunately, this configuration implies \(T = \pi r\) with unwanted repetitions of the vertical shifts \(\Delta_i\) resulting. These conflicting guidelines suggest the following VSG implementation:

When the VSG is implemented using tools that allow vertical scanning, such as a confocal scanning laser microscope or a computer programme with 3D digital image loaded, the intersection count \(I_1\) need not be counted as described in the text. Instead virtual cycloid probes are imagined travelling normal to the observation series that pass through points on the observation cycloids (marked as vertical and horizontal lines in Figure 25).